So you’ve decided to jet off and visit “the big smoke”. Amazing! London is a beautiful city full of culture, exciting things to do and numerous sights to see. Whether you go to Buckingham Palace to watch the Queen’s Guard not move, take a stroll through Hyde Park or explore Westminster Abbey. Whatever you decide to do, touristy or not, it will surely be a great time. If you haven’t decided to go but think that you may do in the future, this article would also be worth the read. For all the articles you read about telling you what to do in London, this one will focus more on the things they don’t tell you that you shouldn’t do. As great as London is, you should follow the advice here to ensure you truly have a great, uninterrupted time.

The 5 Things You Need To Know Before Travelling To London

Many People Will Be Unfriendly

Although this isn’t necessarily true for every Londoner, the average Londoner is not super friendly. Most people will walk with their heads down, face in their phone, listening to headphones- people aren’t the most welcoming. Similarly to a New Yorker, Londoners are also always in a rush. It is possible that someone is travelling from Zone 5 to Zone 1 to work, changing tubes maybe 3 times; it is hectic at times to navigate your way through this large city. So even if people seem rude, it is possible they are just rushing too much and haven’t noticed their surroundings. Look, it is also possible that upon hearing a foreign accent like that of an American, they might even act nicer towards you. The general census however, is that people will not be super friendly.

Contrasting slightly from the previous heading, even if people aren’t necessarily the friendliest down south in England, queueing is a national value that just can’t be taken from the British people. Wherever you may be, cutting queues (or lines) isn’t a thing. It is nationally respected, and even if the railings where people may queue are removed, more often than not people will queue naturally. This also remains true for things like getting on the bus. People will generally let you on and off first in an orderly fashion.

Yes, just like the heading, London is very expensive. Something small and regular up north in England will cost you a fraction of the price of London. If you were looking for a pint of beer in Leeds or Manchester, it might set you back £3.50-£4. If you were looking for a cheap beer in London, it might set you back £6-£7. For a beer! That is quite frankly absurd. This is for a cheaper bar or pub also. If you go to a fancier one, it can be even more. Restaurants in London can be very expensive too. Something as simple as Avocado and Eggs on toast can be near enough £10. Possibly more depending on where you go. Naturally, if you’re smart about this it can work out differently for you. The fancier the place, expect to pay more.

Perhaps a given, but the capital of England is a very large city. Walking around the city can take you all day, and it is only thanks to the availability of great transportation in the name of buses, ferries, tubes (the underground) and over-ground trains that make it so accessible. In this same sense, transport can cost you a pretty penny also. If you’re clever about it, you limit your spending. It is possible that London’s travel card, the oyster card, will have pass options (daily, weekly, monthly); but if you use a contactless card, it will automatically cap your spending at a limit of £12.50 a day. For a place as large as London having so many zones, where prices change the closer to the center you get; this is good knowledge. Passing through zones will automatically send you into a higher price boundary.

The Nightlife Is Great

Okay, so it might cost you a penny or two, but London has a great night-scene. The home of amazing clubs, bars and restaurants; you will surely have a good time out in London. Whether you decide to visit the famous Sky Bar, edgy Shoreditch and everything it has to offer or even perhaps Camden Town, home to many bars, restaurants and tourist shopping. One thing is true, you will never be bored at night in London. 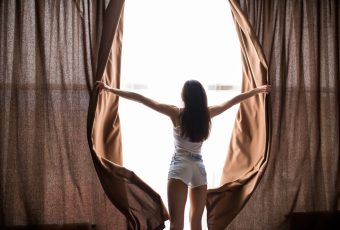